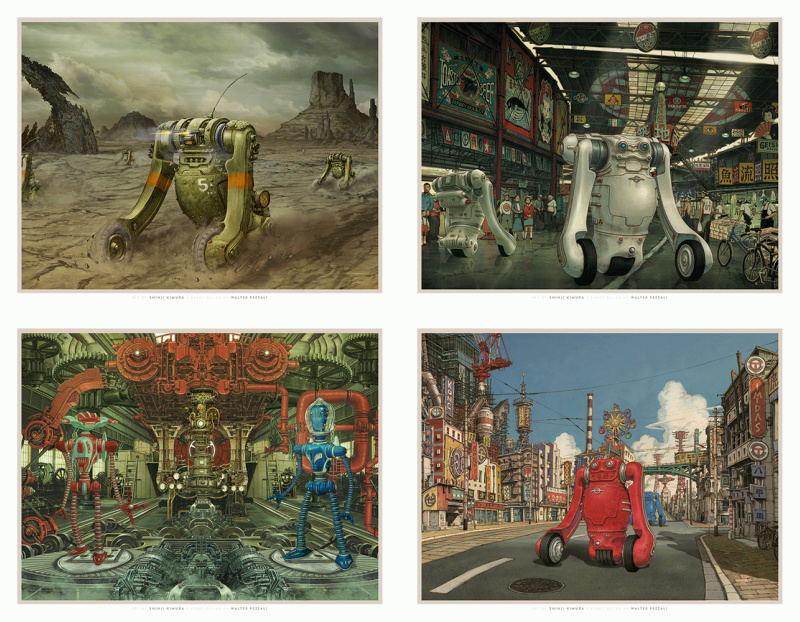 Last year, some of you might remember that we had a special release with Laurent Durieux during New York Comic Con for his robots "Virgile" and Vincent". 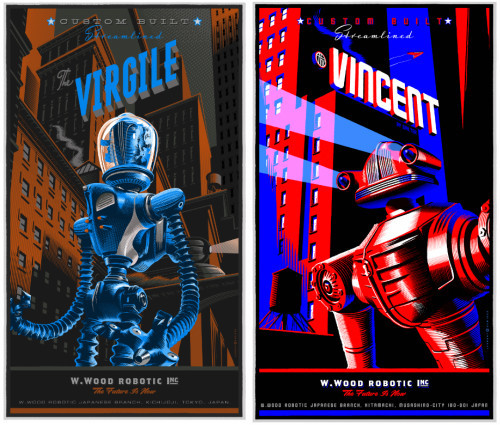 These two robots were actually part of a bigger Futuristic Robots project created by Walter Pezzali
who then created the robots into toys. 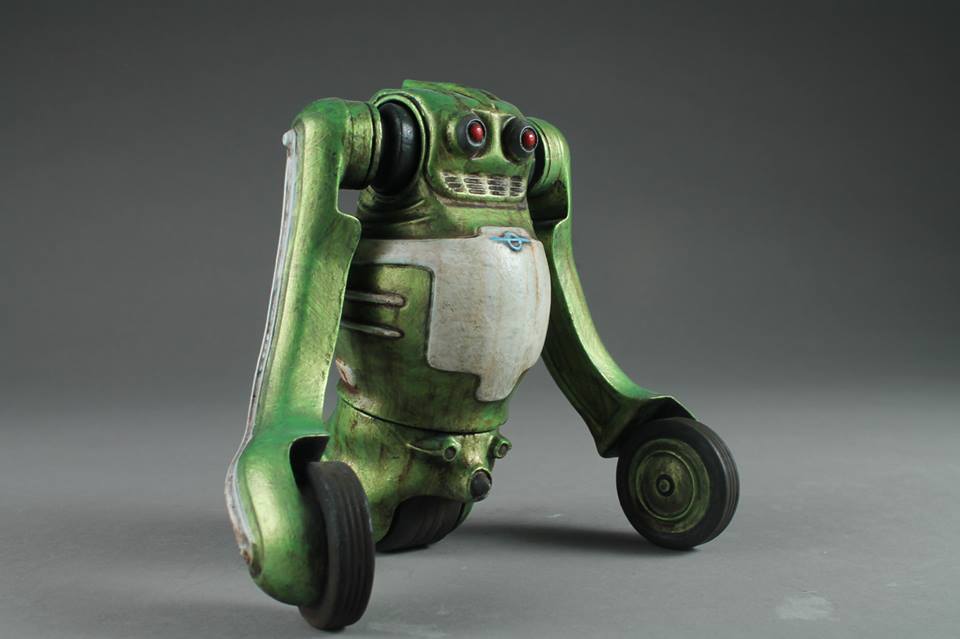 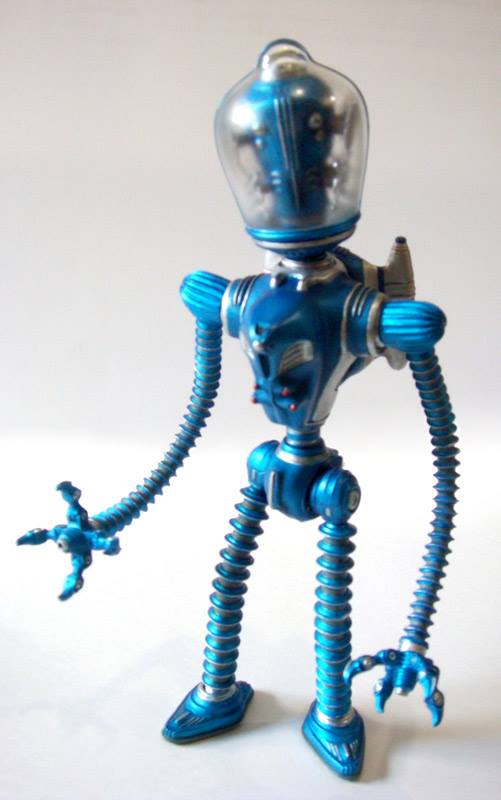 One of the other artists Walter approached was Shinji Kimura who has done work on many anime films like Akira, My Neighbor Totoro, Tekkonkinkreet and Steamboy.

Today,at 12pm eastern, we will be releasing Walter and Shinji's collection of prints at Bottleneck.

We thank Walter for letting us be a part of this.

To find out more about his toy collaborations, please head on over to his Facebook page, "Futuristic Robots".

All prints will go on sale at Bottleneck Gallery.