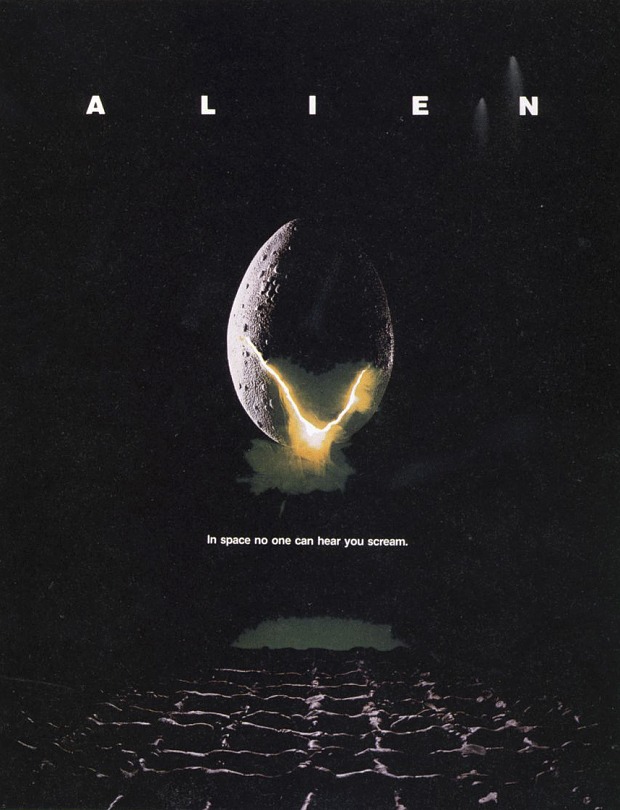 We are excited to announce that we will be participating in 20th Century Fox's Alien Day on April 26th!

Alien Day is a 24 hour, fan-focused global media event to celebrate the Alien franchise. All around the world there will be screenings, product launches, and fun activities including the Alien: Ultimate Trivia Challenge where you can win some awesome prizes.

It will also be our first theater screening outside the gallery. On April 26th, we will be hosting an Alien screening at 10pm eastern at Syndicated BK in Brooklyn. Tickets are only $3 and it will include a free "Face Hugger" cocktail and a limited edition pin.

At the event, we will be releasing a brand new, beautiful limited edition screen print by Laurent Durieux.

Note: You do not need a screening ticket to purchase a print. While we can't reveal details on the print just yet, we will start selling the print inside at 8pm eastern.

If you're interested in purchasing tickets to the screening, please head on over to Syndicated BK.

A big thank you to 20th Century Fox, Laurent and Jack Durieux, Acme Archives and Syndicated BK for making this happen. Expect more screenings in the near future! 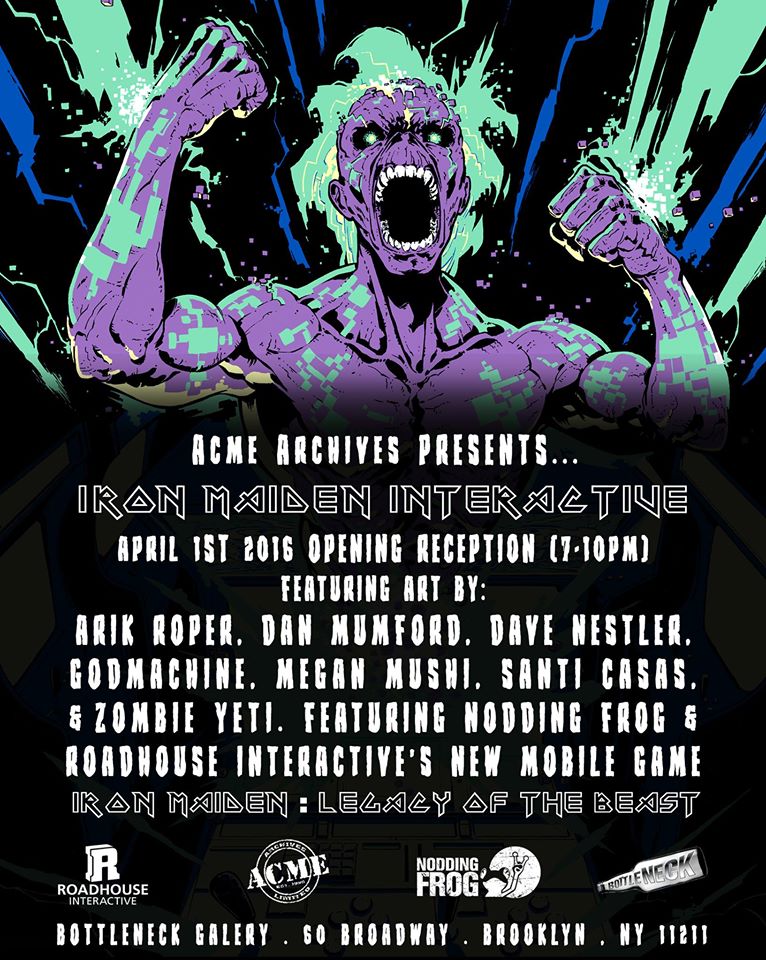 We have also partnered up with Iron Maiden and Acme Archives on an Iron Maiden Interactive exhibit opening up at Bottleneck this Friday, April 1st! 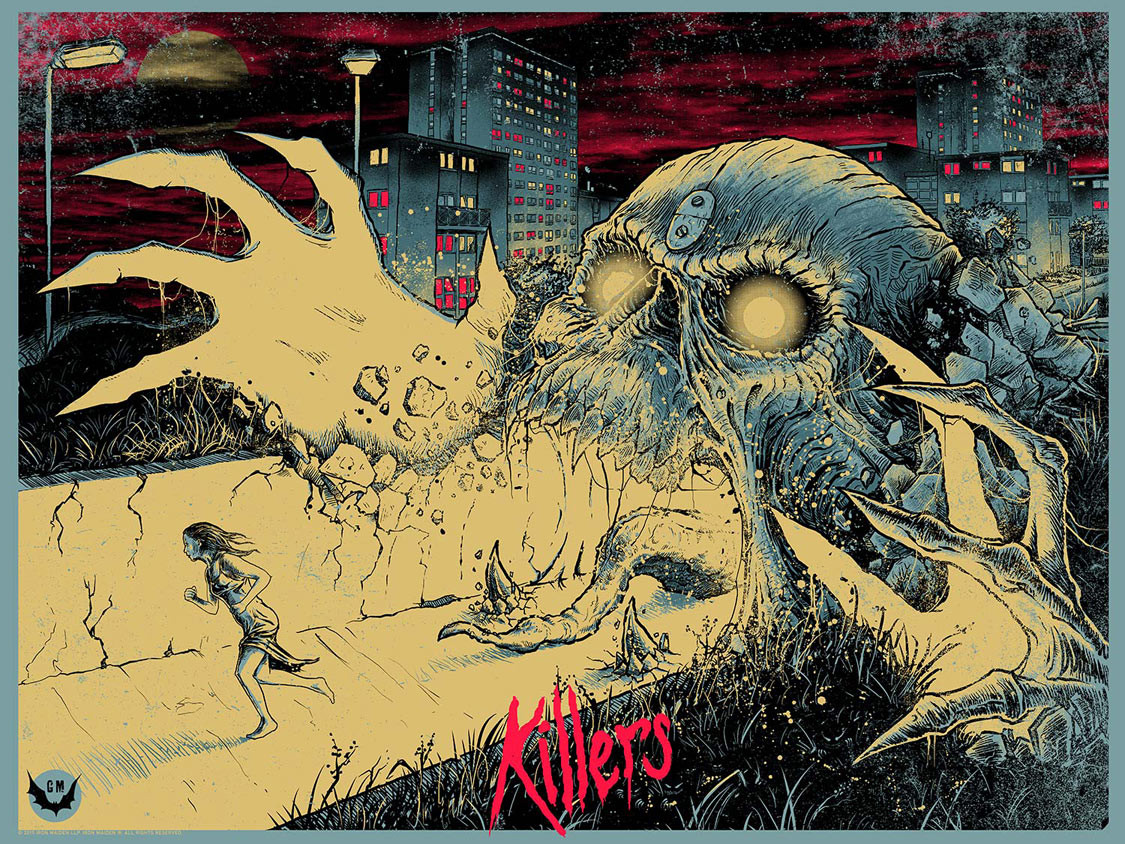 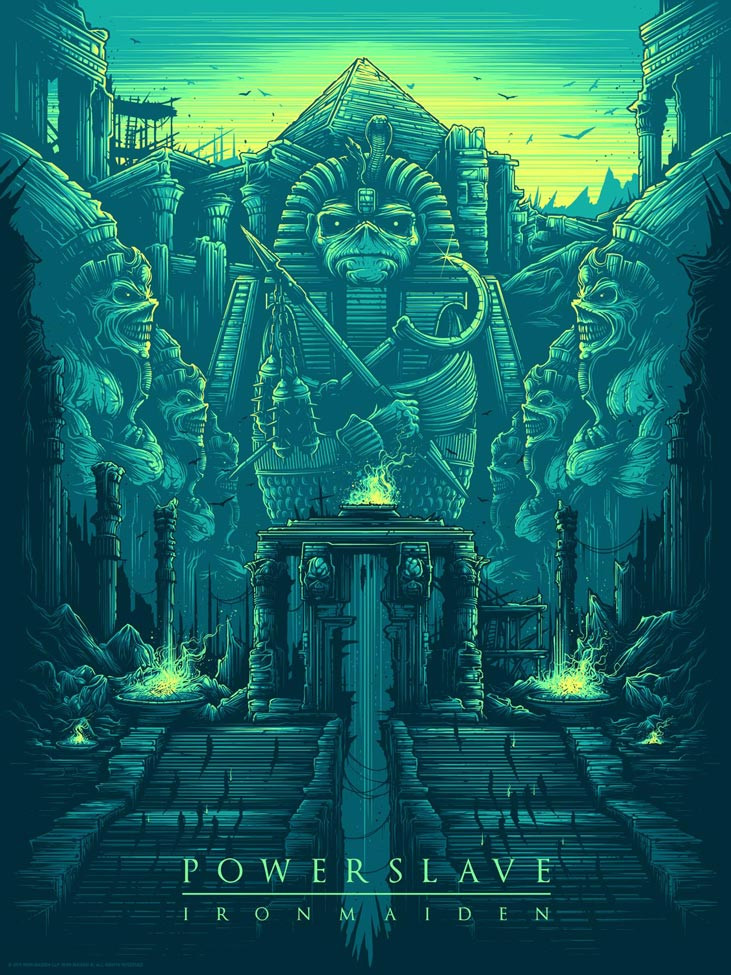 Admission and drinks are free! We will be previewing the new game, Iron Maiden: Legacy of The Beast as well.

The opening reception will be from 7pm-10pm eastern and we will be releasing a brand new print by Megan Mushi!

To find out more about the event, please head on over to our event page, Iron Maiden Interactive.

Thanks!
-The Bottleneck Team
Back to blog